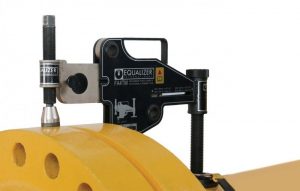 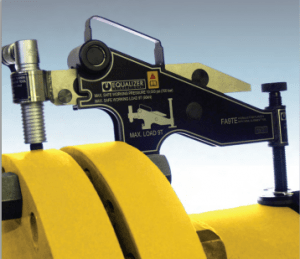 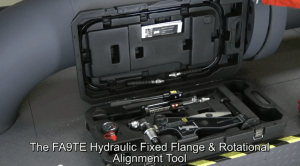 The FA1TM is the lightest and most compact of the Equalizer Flange Alignment Tool line. At less than 5 pounds it creates a whopping 2,000 pounds of aligning force. This is a fantastic tool for aligning smaller diameter and smaller pressure flanges.
The FA4TM is the next size up in the line of Equalizer Flange Alignment Tools. Whereas the FA1TM is powered by a built in crank, the FA4TM is driven by a removable 50 ft/lb. socket wrench. The FA4TM weighs in at 19 pounds and creates 4 Tons of force.

The Equalizer FA9TE is the largest model of Flange Alignment Tools from SMP. The FA9TE is hydraulically driven and allows you to realign large and heavy pressure flanges with up to 9 Tons of force. The FA9TE Flange Alignment Kit comes with one FA9TE flange Alignment tool, the 10,000 psi hose and pump, safety strap, instruction manual and comes in a rolling hard plastic case.
Operating the Equalizer Line of pipe flange alignment tools is comparable for each unit. Position the body of the Equalizer flange alignment tool on the lower side of the two companion flanges. Span the reaction arm across to the higher of the two companion flanges in such a way that the tool will lift at the point of greatest misalignment. Then affix the safety strap to the pipe before beginning operation. As you begin to operate the Flange Alignment Tool the flanges will align to allow your bolts to go through.

Contact Us Have questions? Want to get a quote?

File could not be opened. Check the file's permissions to make sure it's readable by your server. 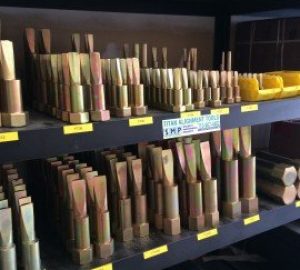