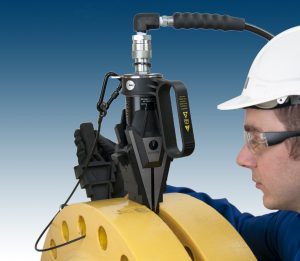 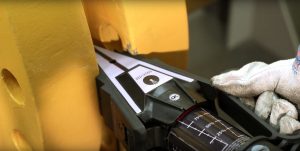 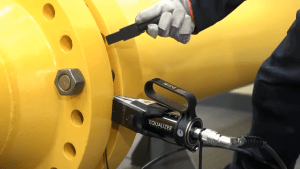 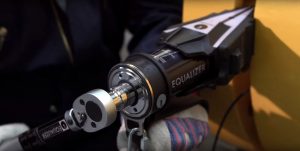 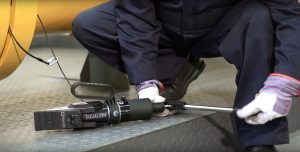 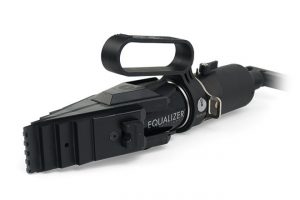 SMP offers Equalizer’s full line of mechanical and hydraulic flange spreaders and lifting tools. The smallest of all the Equalizer Flange Spreaders is the MG7TM Mini Gap Flange Spreader. The MG7TM is a mechanical flange spreader that requires less than 1/8” gap to insert between the flanges and can create up to 1” of spread. The MG7TM weighs 11 pounds and can create up to 7 Tons of spread force. The MG7TM also features a pin through bolt-hole design to prevent the tool from ever falling out from the flange gap.

The next series of Equalizer flange spreader tools is the SW series. The SW Series has 3 separate models, the SW9TM, the SW14.5TI (now branded as FSC14), and the SW15TE. The SW9TM flange spreader is the mechanical flange spreader in this series and creates up to 9 Tons of force. The SW14.5TI (FSC14) features an integrated wedgehead and hydraulic hand pump design and can create up to 14.5 Tons of spread force. The SW15TE wedgehead is designed with an external hydraulic hand pump and is available in 3 configurations; the mini kit, the standard kit, and the maxi kit.

The NEW SWi hydraulic flange spreader line provides superior spreading force with many of the same design aspects and package options available in the SW series. The SWi series follows the same format as the SW series with a SWi12/14TM Mechanical flange spreader, the SWi2025TI Integrated model, and the SWi2025TE with similar kit options. The main difference being that the SWi series features a redesigned wedgehead for maximum spread capability.

The next series of flange spreaders in the Equalizer lineup is the SG Series. The “SG” stands for secure-grip and deals with flange spreaders that lock into the flanged bolt-holes instead of prying flanges apart with a wedge. The SG line of flange spreader tools are particularly useful in flanged scenarios without a gap. The SG4TM, SG6TM and the SG11TM are the 3 mechanical sizes and can create 4, 6, and 11 Tons of force respectively. The SG13TE and the SG15TE appear similar to the mechanical tools but are actuated with a hydraulic cylinder and external hydraulic hand pump. The final 2 tools that make up the SG series are the SG18TE and the SG25TE. These tools are known as the “in-line” models in that they reach across the flange gap to the same bolt hole on the opposite flange. By locking into each bolt hole they are able to push away from each other to create spread.

Equalizer also features a line of hydraulic lifting wedges known as the VLW line. These are a slight modification to the SW flange spreader design, in that they are flat on the bottom. This allows the VLW line to get up underneath heavy machinery or equipment with precise lifting capability. The two tool models are the VLW18TI with and integrated hydraulic hand pump and wedgehead and the VLW18TE with an external hydraulic hand pump.

Contact Us Have questions? Want to get a quote? 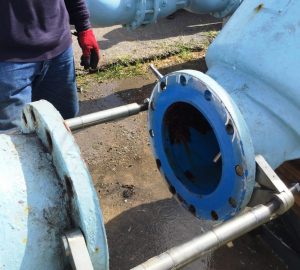 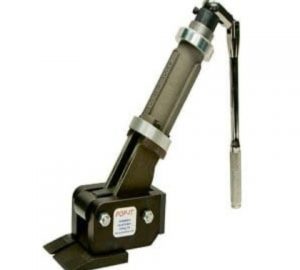 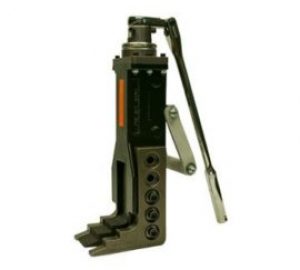 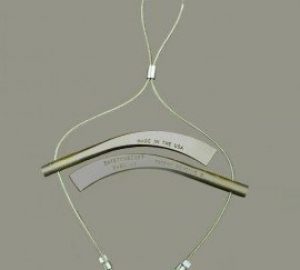 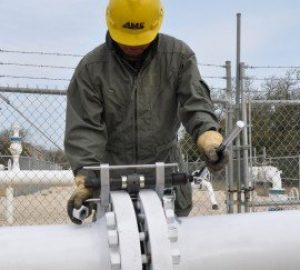 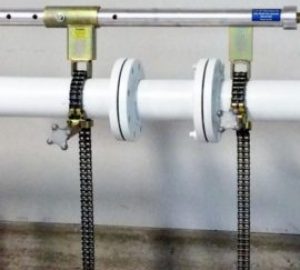